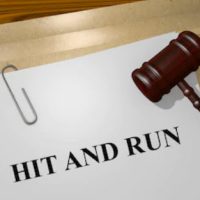 Hit and run accidents occur in Florida a lot more than most people realize. In fact, the Florida Department of Highway Safety and Motor Vehicles (FLHSMV) estimates that these kinds of accidents are on the rise, with the total number of hit and run crashes occurring in Florida increasing by more than 17 percent in 2021. Tragically, fatalities from hit and run accidents have gone up by more than 18 percent, while serious bodily injuries were up 20 percent. These numbers are undoubtedly alarming for anyone who spends time on the road in Florida. However, by remaining aware of the dangers posed by hit and run drivers, motorists can prepare themselves for these kinds of accidents by obtaining uninsured motorist coverage and being well-versed in their legal rights.

Hit and Run Accidents in Florida On the Rise

From year to year, Florida’s rate of hit and run crashes has remained relatively steady, with almost 25 percent of all accidents falling under this category. The majority of hit and run accidents result only in property damage, although that damage is often significant. They can also, however, be deadly. For instance, of last year’s estimated 108,155 hit and run accidents in Florida, 1,176 resulted in injuries and 304 in a fatality. Of those deaths, 169 were pedestrians and 45 were cyclists, accounting for a total of 70 percent of hit and run fatalities. These numbers represent a  significant increase over the year before, which saw 92,263 hit and run crashes, but fewer than 1,000 serious injuries.

Hit and run accidents, like any type of vehicle collision can occur just about anywhere and at any time. They have, however, proven to be more common at certain times, including at dawn, dusk, and at nighttime. This trend can be attributed to a couple of different factors, including the lack of visibility, which can make it harder to see other drivers, but especially pedestrians and cyclists. These are also the hours when drivers are more likely to be under the influence and motorists who are intoxicated are generally more likely to flee the scene of an accident in order to avoid the penalties that come with a DUI conviction.

Financial Recovery After a Hit and Run Accident

The property damage and injuries sustained by hit and run accident victims can be severe, leaving injured parties to shoulder the burden of their medical bills and vehicle repair costs if the hit and run driver is never found. Unfortunately, many hit and run drivers go unidentified. For instance, the Florida Highway Patrol is still investigating 131 fatal hit and runs from 2021 and 91 fatalities from 2020. For this reason, motorists in Florida are strongly encouraged to obtain an uninsured motorist policy to cover their losses in the event of such a collision. If the at-fault driver is identified, on the other hand, he or she could be held personally liable for accident-related losses.

If you were involved in a hit and run accident, you could have a few different options for recovering compensation for your losses. To learn more, call Goldman Law, P.A. and speak with dedicated Maitland car accident lawyer Sarah Goldman Geise today.

By Goldman Law, P.A. | Posted on December 5, 2022
« Preserving Evidence After A Car Accident
Did You Suffer An Airbag Injury? »