Preserving Evidence After A Car Accident 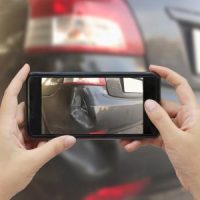 After a car accident, the parties involved will likely file insurance claims with their own providers in an effort to recover compensation for accident-related losses. If, however, these policies are exceeded, then the insurers may attempt to seek compensation from the driver who caused the accident. Unfortunately, this is often easier said than done, as it requires the collection of strong evidence of liability. It is important that this evidence be preserved properly, so that it can be used to help determine fault.

There are a lot of different types of evidence that a car accident victim can use when attempting to prove fault for a crash, including:

Unfortunately, obtaining and preserving some types of evidence can be complicated, especially if they are held by an opposing party. There are, however, steps that claimants and their attorneys can take to legally bar someone from destroying or hiding evidence.

The Duty to Preserve Evidence

Generally, we are all free to destroy, or do whatever we want, with our own property. Things can become a bit more complicated, however, when someone else has a legal interest in that property.   A surveillance video from a business, for instance, that caught what happened during an accident at a nearby intersection, would be valuable to the parties involved in the crash. Fortunately, courts have set down specific rules for the preservation of evidence. Under Florida law, for example, people have a duty to preserve evidence that they reasonably foresee being used in a lawsuit. For some, including other parties to an accident, being involved in a collision is enough notice of conflict to satisfy this standard. In other cases, such a duty to preserve evidence will only exist if a claimant first sends a written request asking the party to do so.

Sending a Preservation of Evidence Letter

The best way for claimants to preserve evidence after a car accident is to send a written request to the owner of that evidence. This letter should include a description of the evidence to be preserved, as well as the claimant’s intention to file a civil lawsuit. Without a clear request, a person or business could avoid responsibility for preserving evidence in its control, which could have dire consequences for the outcome of a car accident suit. Someone who violates this request by wrongfully destroying evidence could face severe penalties from the court.

Call Today for Help with Your Florida Car Accident

As experienced Maitland car accident lawyers, we are well-versed in how to obtain and preserve evidence for our clients. To learn more about this process and how we can help protect evidence in your own car accident case, please contact Goldman Law, P.A. online or call us at 407-960-1900 today.