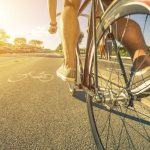 Crashes between motorists and cyclists are almost always serious for the cyclist, even when the collision occurred at a low speed. Often, cyclists are left struggling with severe injuries, some of which end up being permanently disabling. Fortunately, injured cyclists who can prove that a driver was to blame for their crash are often… Read More »