Gathering Evidence of a Car Crash 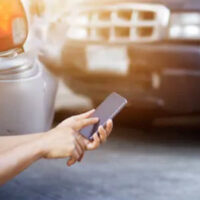 When attempting to recover compensation after a car accident, strong evidence can make or break the case. Unfortunately, collecting evidence is often the last thing on a person’s mind after being involved in a serious accident. This is where an experienced car accident attorney can make all the difference, so if you or a loved one were recently involved in a car crash and need help proving that someone else was at fault, please reach out to our Maitland car accident lawyers for help.

The strength of a car accident victim’s evidence comes into play when there is a dispute over the facts, which is relatively common in car accident cases. The most common types of evidence used in demonstrating fault in these instances include:

All of this evidence can be used to determine who was at fault for an accident. For example, measurements and pictures of skid marks on the road could help prove that one of the drivers was speeding prior to the collision, while witness testimony can be used to confirm or contradict the parties’ version of events. Video recordings are often the most convincing forms of evidence in car accident cases, as they show an objective view of what happened. Even these recordings, however, could come into question if they are not properly authenticated, don’t provide a clear picture of the events, or were taken at a poor angle.

While it is possible for car accident victims to gather some evidence at the time of their crash, such as taking pictures of the accident scene and obtaining contact information of eyewitnesses, the collection of some kinds of evidence can be more difficult to obtain. Collecting the footage from traffic and business security cameras, for instance, usually requires that a subpoena be served on the city or at the owner’s place of business.  To learn more about the steps involved in collecting evidence after a car crash, please reach out to our legal team today.

Call Today for an Opinion on Your Case

To speak with an experienced Maitland car accident lawyer about investigating your own crash, please call Goldman Law, P.A. at 407-960-1900 today. You can also request an appointment online by completing one of our brief contact forms.

By Goldman Law, P.A. | Posted on November 30, 2020
« The Presumption of Liability in Florida Rear-End Car Accidents
Answers to the Most Common Car Accident Questions »