Close Menu
Maitland & Altamonte Springs Personal Injury > Blog > Car Accident > How Long do I Have to File a Lawsuit After My Florida Car Accident?

How Long do I Have to File a Lawsuit After My Florida Car Accident? 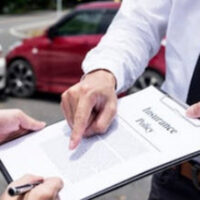 A life changing car accident can happen in a matter of  just a few seconds. The time following a collision can go just as quickly, with injured parties juggling a number of responsibilities, including calling the police, exchanging insurance information, and seeking medical attention. For many individuals, taking these steps, along with negotiating with their insurer, is enough to at least begin the process of resolving a claim. Unfortunately, in complicated cases, where injuries were severe or fault is unclear, the claim filing process is rarely such a simple process. To ensure that you don’t miss any critical deadlines and to give your own claim the best possible chance of success, please reach out to our experienced Altamonte Springs car accident lawyers today.

The consequences of a serious car crash can linger for weeks, months, or even years after the accident. Sometimes, the injuries are permanent in nature. A car may require more repairs than was initially thought or may need a new car entirely, or an injury that was initially thought to be minor could end up being more serious, resulting in expensive medical bills, significant pain, and unemployment. Negotiations between insurers could drag on with no resolution, tempting a person to accept a settlement that is far too low to cover his or her damages. These issues only tend to become more complicated as time goes on, making it especially important for car accident victims to begin pursuing their claim as soon as possible, when memories and evidence of the crash are still fresh.

The Statute of Limitations

While it may seem like four years is plenty of time to file a car accident lawsuit, the time after a collision tends to pass quickly, as motorists are forced to contend with a host of other accident-related issues. It is critical, however, for claimants to abide by this deadline, as those who fail to do so will be barred from filing a lawsuit and so will miss out on the opportunity to recover damages for their losses.

After a car crash occurs, you have a limited amount of time to file a claim. Please call Goldman Law, P.A. at 407-960-1900 to review your legal options with an experienced Altamonte Springs car accident lawyer.

By Goldman Law, P.A. | Posted on November 17, 2020
« Five Questions to Ask Your Doctor After Being Involved in a Car Crash
The Presumption of Liability in Florida Rear-End Car Accidents »